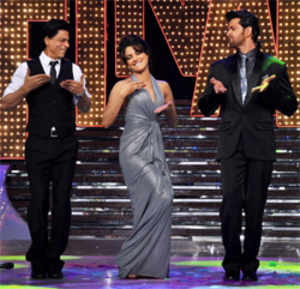 The 17-year-old Ankan Sen was declared winner by Hrithik in a star-studded grand finale on Saturday night. Karan and Surjeet were other two finalists.

Ankan is an FYJC student from Kolkata. Ankan moved out of his parents' home to fulfil his dream of being a dancer. He has been taking part in dance shows and decided to participate in the show to prove himself on a big platform.

The 17-year-old winner had pledged to all the judges of the show that he will complete his graduation if he wins the contest.
Both of the perticipent of grand finale  danced heart breaking. Judges  gave equal mark to both of the  perticipent. Audience marks only played a vital role and finally Ankan Sen is the winner.

21/09/2011 19:04
If you really want to impress someone with your hacking skills then this trick will surely help you.Well this is actually not any hacking just a simple javacript trick but the other person will surely believe you as a hacker. So what can you do with this trick? You can edit content of any...
All articles
Items: 2 - 2 of 27
<< < 1 | 2 | 3 | 4 | 5 > >>
Homepage Site map RSS Print
Website powered by Webnode
Launch your own website for free!
Start here